61 photos
“If you cross this border unlawfully, then we will prosecute you.”
Attorney General Jeff Sessions, May 7, 2018

“Families are the foundational element of our society, and they must be able to stay together. While protecting our borders is important, we can and must do better as a government, and as a society, to find other ways to ensure that safety.”
United States Conference of Catholic Bishops, June 13, 2018

Like many Americans, I first heard about the Trump administration’s “zero tolerance policy” in June 2018. To me it seemed immoral to prevent people who were fleeing violence and poverty from protecting themselves and their families. It is also antithetical to the ideals of America as a nation of immigrants. I wanted to see the situation firsthand and to understand the motivation of these people from Honduras, Guatemala, El Salvador, and other Central American countries who have come here for a better life. I went to southeast Texas to an area that has a high concentration of immigrants crossing the border. Some enter the United States illegally and continue north undetected. However, many cross the border, turn themselves in to the U.S. Border Patrol, and request asylum. The area around McAllen, Texas has been called America’s new Ellis Island because of the steady flow of people crossing the border from Central America.

I had an opportunity to meet and talk with immigrants—men, women, and children—many of whom had left members of their families behind in their home countries in search of better lives in America. I also met the people who work, often as volunteers, to help these immigrants. Most notable were the employees and volunteers of Catholic Charities of the Rio Grande Valley and the volunteers from Angry Tías and Abuelas. My goal was to document the immigrants’ early days in America and to show them as people who are like us in more ways than they are different. Finally, in some small way I want to neutralize the dehumanizing immigration policies of our government’s current administration.
Jim Pojman 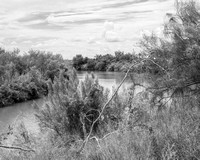 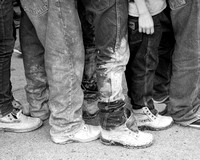 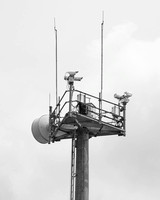 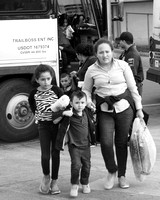 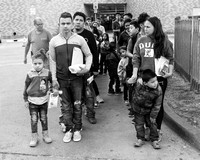 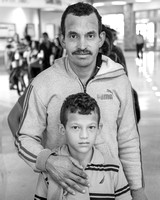 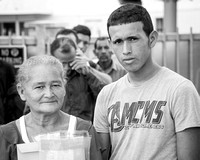 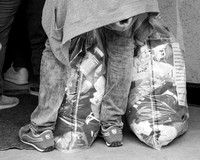 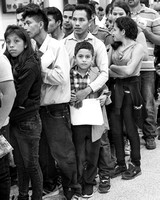 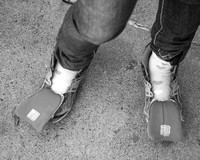 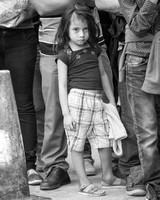 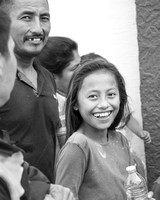 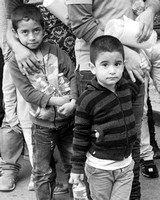 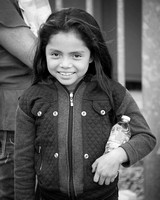 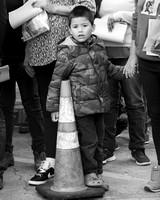 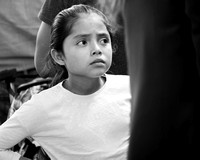 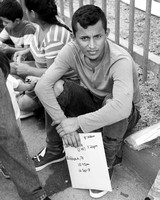 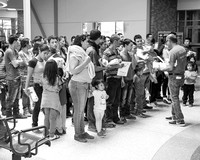 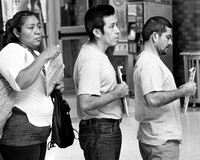